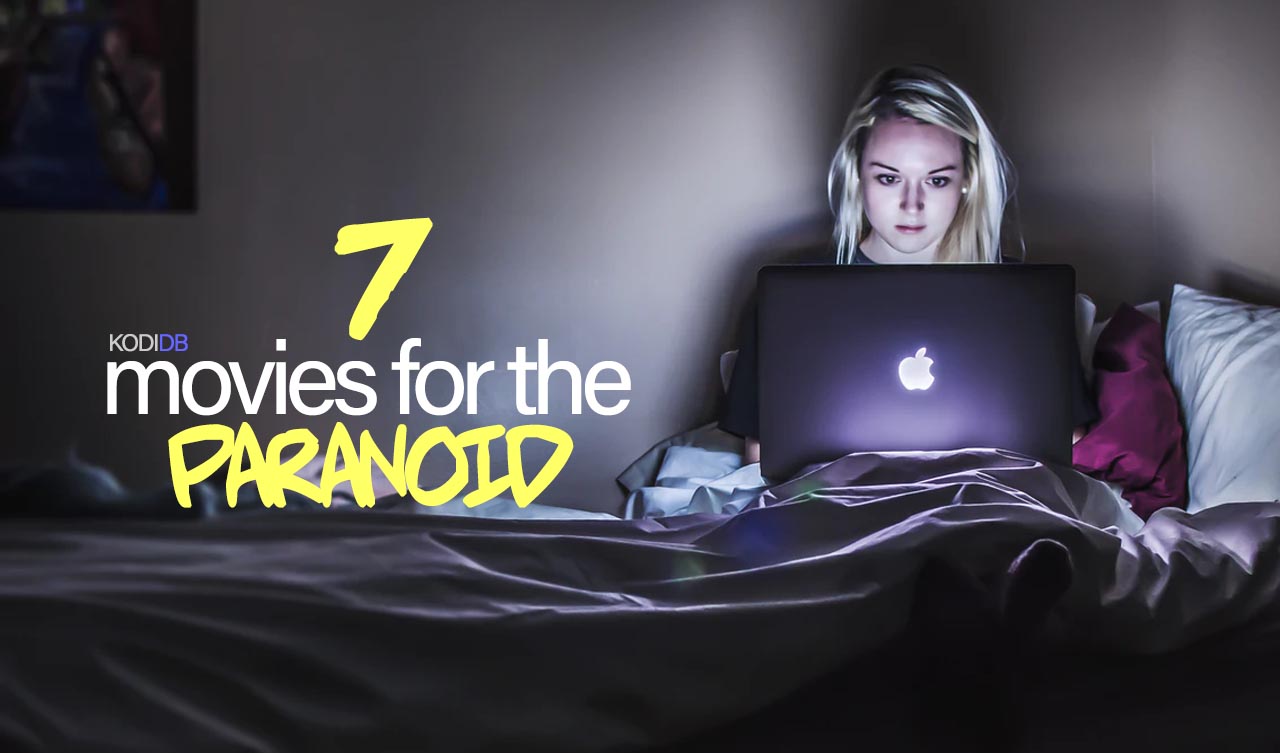 Ever feel like someone is watching you? Maybe you can’t shake the feeling that you’re being followed? Do you ever get a cool breeze of wind that raises your hair? If the sudden realization that your existence as you know it is a complete sham, these movies aren’t going to help you at all.

When a beautiful stranger (Carrie Ann Moss) leads computer hacker Neo (Keanu Reeves) to a forbidding underworld, he discovers the shocking truth–the life he knows is the elaborate deception of an evil cyber-intelligence. Neo joins legendary and dangerous rebel warrior Morpheus (Lawrence Fishburne) in the battle to destroy the illusion enslaving humanity

Harry Caul is a surveillance expert who can bug people at anytime and anywhere. Living in a isolated world, his business is his work. One day, he records a young couple, having a conversation in a park in San Francisco. When he finally is able to pierced together the entire recording, he soon realizes that there’s something definitely with this couple’s conversation, Fearing that they are being targeted by someone who wants them dead, Caul races against time to figured out the truth before the couple get assassinated by whoever is behind this murder plot. As his investigation leads him deeper to the revelation, his relationship with fellow colleague, who he works for, and his closest friends started to deteriorate. Soon, Caul find himself entrapped in a world where the truth is far more deceiving than what it seems to be.

Like most first-time mothers, Rosemary experiences confusion and fear. Her husband, an ambitious but unsuccessful actor, makes a pact with the devil that promises to send his career skyward. Director Roman Polanski elicits uniformly extraordinary performances from the all-star cast.

Truman doesn’t realize that his quaint hometown is a giant studio set run by a visionary producer/director/creator (Ed Harris), that folks living and working there are Hollywood actors, that even his incessantly bubbly wife is a contract player. Gradually, Truman gets wise. And what he does about his discovery will have you laughing, crying and cheering like few film stories ever have.

As the entire nation watches the presidential campaign hurtle towards Election Day, one soldier races to uncover the conspiracy behind it – a conspiracy that seeks to destroy democracy itself.

After his father is killed in a car accident, things unravel for Kale Brecht and he is placed under house-arrest for punching his Spanish teacher. Having nothing better to do, Kale occupies himself by spying on his neighbors. But one night, he witnesses what appears to be a murder going on in Mr. Turner’s house. Kale becomes obsessed with uncovering the truth behind these murders but, after a few unsettling run-ins with Mr. Turner, it becomes a matter of life and death.

In New York, marathon runner Thomas “Babe” Levy is a graduate student who researches history as his father, who committed suicide after being investigated in the Communist witch hunts of the McCarthy era. His brother Henry James “Doc” Levy appears out of the blue from time to time because his family never knows where he is, working as a government agent. One of his charges is an infamous Nazi war criminal who he has just told is no longer welcome in the United States. Dr. Christian Szell has a fortune hidden in a safe deposit box and is convinced that Babe knows whether or not it is safe to go to pick it up and will stop at nothing to find out.

Best 5 Movies For a Rebellion